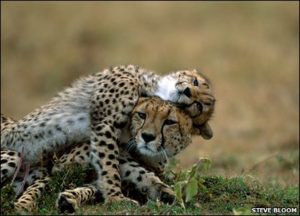 If you are into alternative remedies and natural healing, you probably already know how the spice turmeric curcumin can heal the body from joint pain and inflammation in many different ways. But did you know that turmeric has positive effects on your brain health as well?

As you may know already, curcumin is the bioactive compound in turmeric. It is responsible for that bright yellow color that has an impressive list of health benefits – this includes taming stress, preventing anxiety, lifting your mood and protecting your brain from neurodegenerative disease

Here are the notable benefits of curcumin on your mental health:

Curcumin has been found to help treat depression. Curcumin is said to increase serotonin and dopamine – neurotransmitters that are linked to depression.

There was a study conducted on 3 groups of patients with depression. Each patient was given Prozac, curcumin and a combination of both respectively.

It was found that curcumin supplements were as effective as Prozac. The patients who took both experienced the most relief out of the three groups.

For those patients who have found anti-depressants to be ineffective and even a hassle due to side effects, curcumin is another option they could employ. There is no disadvantage in taking this to prevent depression. It can even be combined with other anti-depressant medication.

Prevents The Brain From Aging

Antioxidants aren’t just for beauty purposes. They are also transmitters that can cross the blood-brain-barrier to help protect free-radical damage in your brain cells. Because it helps increase the blood flow to the brain, it can improve your memory and cognition as well.

For older individuals, curcumin can improve their working memory and ability to focus right away. This is due to its effects on neuroplasticity and on BDNF or brain-derived neurotrophic factor – a protein that protects and stimulates new brain cell creation.

For people with mental conditions like anxiety, depression and neurological disorders like Alzheimer’s diseases, they have been found to often have insufficient levels of omega-3. Omega-3 fatty acids are essential to brain health. What’s good about taking turmeric curcumin extract is that it helps increase the bioavailability of this fatty acid. Proper balance of omega-3 and omega-6 have been proven to improve mental health as well.

Neutralizes Free-Radicals In The Brain

Finally, chronic inflammation contributes to poor brain health. When chronic inflammation is not treated, it eventually affects your brain until it shuts down its energy allocated to brain cell vitality. When this happens, you are more likely to experience mental fatigue and your firing neurons will eventually slow down faster.

This occurrence has been linked to different illnesses like ADHD, brain fog, anxiety, memory loss, depression and even dementia.

One of the most controversial studies done on the health benefit of curcumin today is its effects on treating neurological disorders.

There were population studies conducted in rural villages in India who had turmeric as one of their regular staple ingredients on food. Sampling was done and it was concluded that their diet produced the lowest rate of Alzheimer’s disease in the world.

Such studies on this spice and its relation to Alzheimer’s are still mostly preliminary, but it has been widely agreed that research on turmeric should continue.

Because of its promising effects on Alzheimer’s, turmeric curcumin is now being studied at the Michael J. Fox Foundation For Parkinson’s Research to find its potential effects on Parkinson’s Disease